The story of Carl von Zeyten

It was in the middle of the last century, in the Black Forest, that a watchmaker, who was a skilled craftsman, put all his knowledge and creativity into the development, assembly and repair of pocket watches and wrist watches. 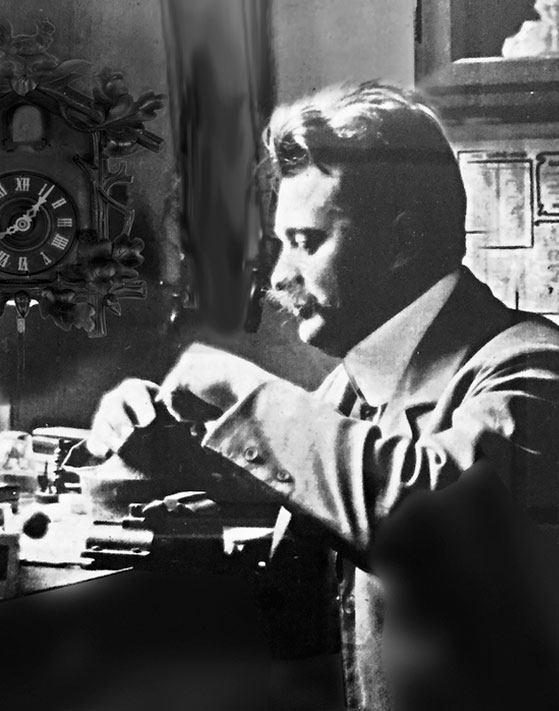 Carl von Zeyten was known far beyond the borders of Freudenstadt / Schwarzwald. He lived his own dream, he dreamed of a perfect mechanical clock. In the following years, as a traveling watchmaker in Switzerland and in England, many impressions and techniques gathered around the art of watchmakers. He was able to supplement his knowledge in various watchmaker workshops and learned a lot. Early on, Carl von Zeyten (CvZ) realized that certain specific materials were suitable for the spring and the balance in order to achieve a very precise time display. He later used these experiences to create some watches for hand-picked watchmaking craftsmen. It was always his quality claim to improve the built watches again and again. Every detail was looked at and weighed according to his wishes. His dream became reality and was passed on to other generations. A few years ago this tradition was remembered and, according to the dream of Carl von Zeyten, a classic timeless watch collection, always the original in mind. Someone wearing a Carl von Zeyten watch is given an original and immediately recognizes that it is a quality timepiece. As the owner of a CvZ watch, you hold a piece of a dream come true in your hands.